What are Photovoltaic Cells? 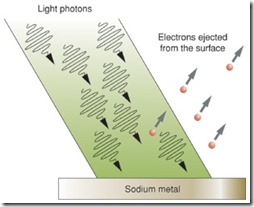 The photoelectric effect occurs, whenever a metallic surface is attacked with electromagnetic radiation. Photons are the kind of electron that produces an electric current. As the light is increased, the metallic surface is converted at a slower rate at first, but more and more solar power is converted into electricity. Every metallic surface that is used has a different verge at which they can produce only so much energy, while the rest of the solar power is reflected after that threshold is met.
The frequency of the light and its reaction with the metallic surface can cause the light release into electrons. Each photon in the light becomes a single electron of energy. These electrons that are produced often referred to as photoelectrons. These photoelectrons can be converted into electrical energy which can serve our world from many uses and does not cause any pollution or greenhouse gases.

When the photovoltaic cells are invented the cost of investment is more?

The price of the energy and the equipment used to produce electricity was higher than the actual savings the user was getting. In the early days this ran at $120 per watt, these days you can usually purchase the electricity generated from the product at about less $2 per watt. This kind of energy is produced in remote areas where a power line or a generator is not feasible. By placing at cells the people that are working or living in this from an area can have a steady supply of electricity.
This type of solar cell has been used many times in public service venues. They have been used to power road crossings, road signs, street lamps, flood lighting (in Colleges, hospital, schools, etc.) and other departments.

It is more economically viable to put solar cell box on a remote road crossing sign that it is to strain power cord and built power poles to get the electricity to the unit. This allow for more safety precaution being put into the remote areas where the drivers pedestrian can see the hazard.

Photovoltaic modules are the prime source of power for many space systems. Solar power is the only source of energy once you leave the earth’s atmosphere. By clicking the rays of the sun solar cells, these satellites, spacecraft, space station, and other satellite orbiting systems can remain in space longer and work with little maintenance. Without solar cells, future space explorations to other planets or other space venture would not be possible. The capturing of the sun’s rays upon a solar shield in the space station gives the astronauts electricity to run computer systems, life support systems, and everything it takes to support life while they are abroad the station.

The imported technology of solar power has increased domestic uses also. With the new trend of building greenhouses, solar panels are installed to take in the sun’s energy and turn it into electricity. These solar panels have enough electricity to heat hot water tanks, run appliances, and give the family enough electricity needed to survive. Of course, supplemental electricity is provided to most of these houses in case there is a problem with the solar battery or if there is a cloudy day which would hinder the production of electricity. Solar panels have not only been used to power domestic homes, but they have also been used to power large high; rises. Entire business complexes has been powered by solar power.

The photovoltaic modules in solar cells are still being studied. They have a variety of uses that are capable of being expanded in industry, technology, space’s and even in your own home. As the cells grow better they also becoming cheaper. Since the world’s population pushes for more energy demands and the global market has raised the price of oil and other non-renewable energies to a breaking point, the average man is looking for a way to save some money. Photovoltaic cells will soon be a part of every aspect of our lives that deals with electricity. Whether it is a handheld game or an engine on an aircraft carrier, this technology will be the last remaining bastion of power once all the fossil fuels are gone or we have damaged our planet so much that fossil fuels are no longer a viable way to create energy.