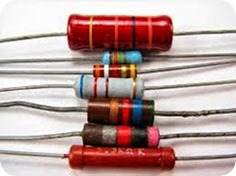 There are various types of resistor depending upon their construction, power dissipation capacities and tolerance of the value.

The resistors are classified as Based on Conductive properties of Resistor:

Linear resistor is the sort of resistor whose resistance rests constant with rise in the potential difference or voltage applied to it (or) the Resistance or Current distributed through the resistor does not changes as the applied voltage changes. This type of resistors follows Ohm’s Law very strictly.

Non-Linear Resistor is those sorts of resistors in which the Current passed through it is not accurately directly proportionate to the Potential Difference applied to it. These sorts of resistors have non-liner V-I characteristics and does not firmly follows ohm’s Law.
The resistors can be classified into following group based on the resistance value:

This type of resistors whose value are already fixed while manufacturing itself. The values of the resistor cannot be changed during its usage.

Variable Resistors are also known as Potentiometers. Those types of resistors Value can be altered during its usage. These types of resistor commonly contain a shaft which can be revolved or moved by hand or a screw driver to change its value in between a fixed range for e.g. 0kΩ to 20kΩ

These types of resistor are a resistor which comprises a package contains more than two resistors inside it. It has numerous terminals and the resistor’s resistance can be selected by using any of the two terminals among the existing terminals or can also be used as a resistor array for various dedications.

Based On the composition the resistors can be classified as: 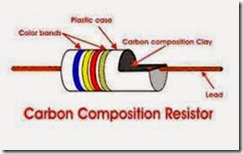 This type of resistor is made by a composition of Carbon Particles which are clamp together by a binding resign. The quantity of carbon particles and resign used decides the value of the resistor. At both ends of the composition a metal cover with a tiny rod of tin is attached to solder it or use it in circuits, and then the whole package is enclosed in a plastic case to prevent moisture and reaction with air. These resistors are normally produce noise in circuit due to electron passing through one carbon particle to another, thus these types or resistors are not used in dangerous circuits although they are economy. 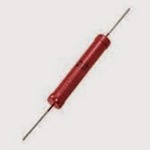 This type resistor is created by covering a superior resistive ink in a helical band directly above a ceramic base. These resistors can resist very high voltage of up to thousands of kilo voltages and commonly have high resistance too ranging from 1kΩ to 1000MΩ. 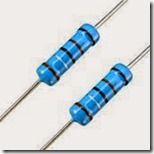 These resistors are made up of glass and metal which is assorted and applied as dense films to a ceramic substrate and then fired to form a film. 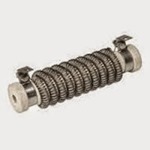 These resistors are prepared by winding a metal wire over ceramic core. The metal wire is an alloy of many metals built on the characteristics and resistance of the resistor required. These types of resistor have high stability and can also resist high powers but are usually massive compared to other kinds of resistors. 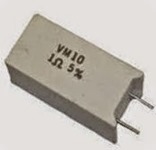 This resistor is made by firing certain metals merged with ceramics on a ceramic substrate. The ratio of the mixture in the mixture ceramic and metal decides the value of the resistor. These resistors are very stable and also have correct resistance and mostly used as Surface Mount type resistor for using in SMD PCB.