Similar to generators, DC motors are also classified into three types by the connections of field winding and they are: 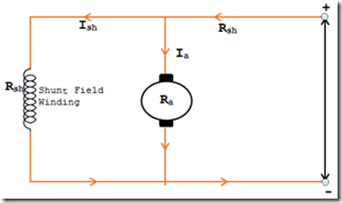 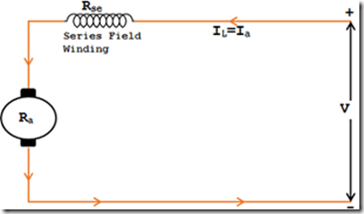 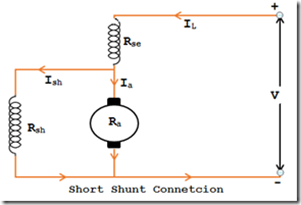 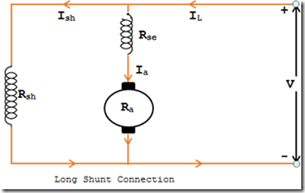 The Compound wound motor has 2 field windings; one connected in series and another connected in parallel with the armature. Like Generator there are two types of compound motor connections. Once the shunt field winding is directly connected across the armature winding terminals as shown in fig-a it's referred to as short-shunt connection. When the shunt winding is therefore connected that it shunts the series combination of armature and series field as shown in fig-b, it's referred to as long-shunt connection.

Generally the compound machines either motor or generator are at all times designed so that the flux created by shunt field winding. Thus, the shunt field compound machine is the usual dominant factor in the production of the magnetic field in the machine.