The figure below represents two blocks of semiconductor material, one P type and other N type. In the P type material the small circles represent holes, which are the majority charge carries in that type of material. 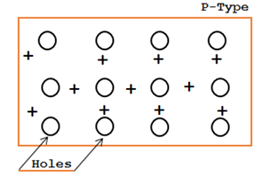 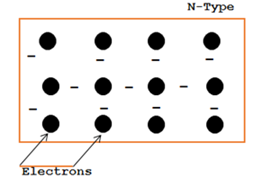