Consider an n-p-n transistor in common emitter configuration. In this configuration the base current IB is the input current and collector current IC is the output current. 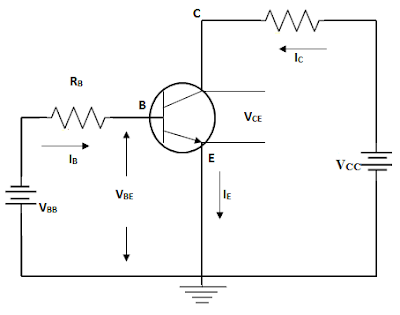 The ratio of the collector current to the base current is called dc forward current transfer ratio or the dc current gain. It is designated by βdc. It is said to be the dc beta.

Common Emitter dc current gain βdc = IC/IB
​Where IC and IB are collector and base current of a particular operating point in the linear region. As the value of base current is in microamperes and low, the value of βdc lies in the range of 10 to 500 depending on the type of the transistor.

Common emitter ac current gain βdc is defined as the ratio of small change in collector current ΔIB at a constant collector to emitter voltage VCE. 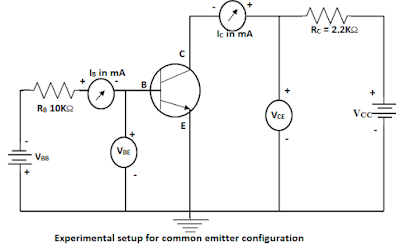 The figure above shows that the experimental setup for determining the static characteristic of an n-p-n transistor used in a common emitter configuration circuit. Two variable dc regulated power supplies VBB and VCC are connected to base and collector terminals of a transistor. 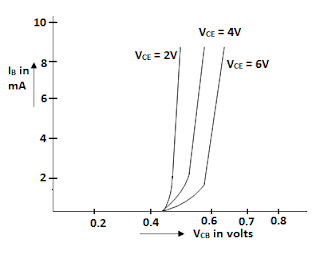 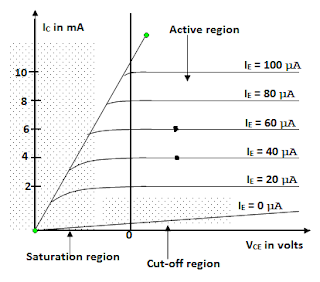