A semiconductor is an extremely pure for is known as an intrinsic semiconductor.
Common examples of such semiconductor are: pure Germanium and silicon which have forbidden energy gaps of 0.72 eV and 1.1 eV respectively.

Alternatively an intrinsic semiconductor may be desired as one in which the number of conduction electrons is equivalent to the integer of holes. 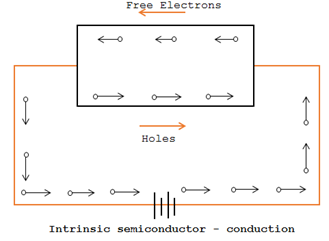 Schematic energy bond illustration of an intrinsic semi-conductor at room temperature is shown below: 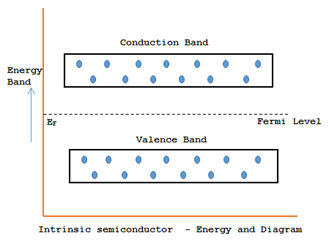 It is obtained when a pentavalent material like antimony is added to pure geranium crystal. As shown in figure each antimony atoms forms covalent bonds with the surrounding four geranium atoms with the help of four of its five electrons.
Practically every antimony atom introduced into the germanium lattice contributes one conduction electron without creating a positive hole. 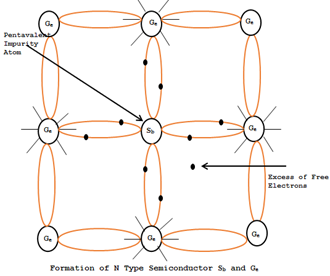 The figure shows the energy band description of n-type semi-conductors. The addition of pentavalent impurities has formed a number of conduction-band electrons. i.e. free electrons 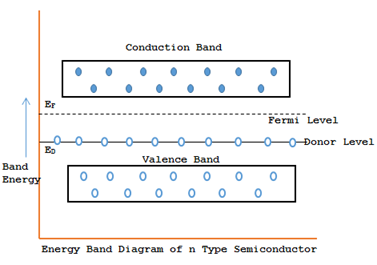 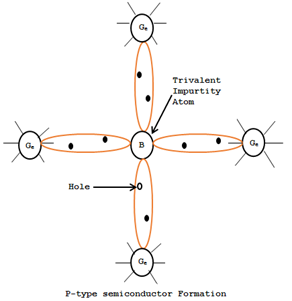 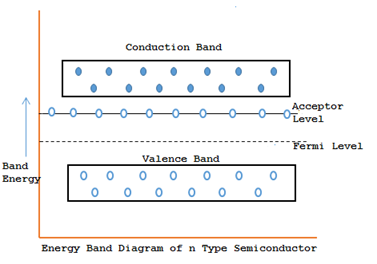 Therefore boron which is called an acceptor impurity causes a lot of positive holes in a germanium crystal as there are boron atoms there by providing a P-type extrinsic semi-conductor.